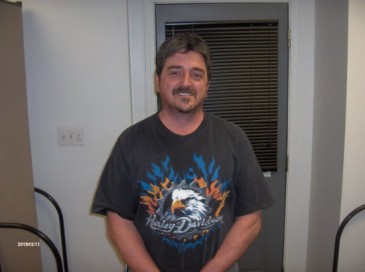 On the night of January 16, McWane Ductile-Ohio (MDO) team member Pat McNichols was shopping at the Dollar General store in West Lafayette, Ohio. There were only a couple of other shoppers in the store at the time, but Pat noticed a peculiar man at the register. The man was only buying a couple of items.

When the worker opened the register the man quickly reached across the counter and grabbed the money out of the register. The man ran for the exit door with the money but he wasn’t quick enough for Pat. Pat quickly jumped on the man’s back and they both went crashing through the door. Pat pinned the thief to the ground and grabbed a nearby shopping cart and put it on top of the thief while the Dollar General Assistant Manager called 911. Pat held the thief there until the police arrived.

When the MDO team heard about Pat’s heroic act, they knew he was the clear cut winner of the MDO Above and Beyond the Call of Duty (ABCD) award for May. Pat received a $100.00 gift card to Walmart from for his courageous efforts.