Clow Valve was a proud sponsor of the Rancho Cucamonga Earth Day Open House last weekend which was attended by approximately 1,500 members of the community.

Clow set up a booth to showcase our products and commitment to environmentally responsible manufacturing.  The display included a cut-out hydrant and a custom painted American flag themed hydrant.  Both drew awe and surprise from the attendees and they were asked countless times if they would be giving them away in the raffle.  It was fun to see the excitement the community had surrounding the company and our products.

Did you know that every year over 300,000 Americans die from heart disease and half of these victims die suddenly due to cardiac arrest?  The American Heart Association reports that victims suffering from cardiac arrest have a few short minutes before brain damage, organ damage or even death occurs.  Rescue breathing coupled with chest compressions, known as CPR, buys the victim the time that may be required to save their life.

Every year, Tyler Coupling in Marshfield, Missouri holds CPR/AED training for team members interested in becoming CPR certified or getting recertified.  As part of this training, team members participated in demonstrations on the proper way to respond during a cardiac arrest.  This year General Manager Bill Hoffman (pictured here) played the part of the heart attack victim.

If you haven’t participated in a CPR training class, consider it.  You may find yourself in a position to save someone’s life.

To be a member of the Quartile Club, a facility must have a total recordable injury rate (TRIR) at or below the 1st quartile rates for their industry as provided by the Bureau of Labor Statistics.

Congratulations to the entire Clow Valve team for their on-going commitment to working safely each and every day! 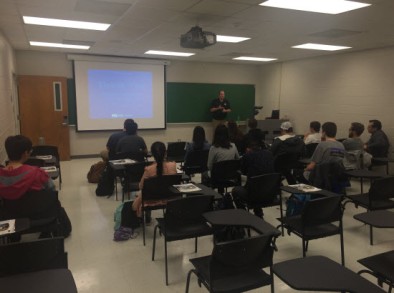 f Engineering, gave a presentation on Material Selection for Water and Sewer Projects to a senior level design class. The thirteen students in attendance are taught by Dr. Jose Vasconcelos and is focused on water and sewer system design.

This is the second classroom presentation in as many semesters and it was well received by both the professor and the students. We look forward to continuing and growing the partnership between Auburn University and McWane Ductile to assure that tomorrow’s civil engineers view McWane Ductile as a positive leader in the water and sewer industry. In fact, Dr. Vasconcelos has already asked that we make a presentation to his water and sewer design class in the summer of 2017.

Junior Achievement of Alabama recently recognized Kelli Everett for her positive mentorship to more than 200 students at Hayes Elementary School. Through Kelli’s participation as a representative of McWane, Inc. in Birmingham’s chapter of EWI (Executive Women International), she and her husband Skylar volunteered and taught 1st and 5th graders at Hayes how to build confidence, believe in their future and reach their full potential. The coursework focused on wants vs. needs for the 1st graders and entrepreneurship for the 5th graders.

When asked about her experience Kelli said, “It was exciting to see the students react when they understood a concept or idea. We could really tell that there were a few students in the classroom that the information was really sinking in for and that they would one day use the skills they had learned. This experience was very rewarding for both me and my husband and we are both planning to participate again next year. I really hope that EWI continues to support this project as these kids need this extra attention and exposure to real life applications.”

Kelli joined the McWane corporate team in November 2008 as an accountant and in March 2013 transitioned into her current role as an executive assistant to Senior Vice President Key Foster.

Comments Off on Junior Achievement of Alabama recognizes Kelli Everett

After the recession in the 1990s, McWane made the difficult decision to close McWane Cast Iron Pipe Company (MCIP) located in Birmingham, Alabama. McWane divisions across the company were given the opportunity to transfer machinery/equipment from MCIP for use at their facility. We are pleased to report that MCIP’s Escher recuperator lives on at AB&I Foundry. It was a collaborative effort between McWane Corporate, AB&I and ECS of Birmingham, Alabama, to successfully dismantle and transfer the unit from Birmingham to AB&I in Oakland, California.

Working out the logistics for moving the recuperator from one side of the country to the other tested everyone’s patience. But Ruffner Page had given a clear directive − to get out to McWane Pipe and make it happen because reusing the unit was the right thing to do. And that’s exactly what they did.
During the recent winter shutdown, AB&I tackled the installation portion of the project. With some structural modifications to the cupola tower, AB&I was able to re-install the recuperator in the existing melt operations The recuperator weighs more than 74,000 pounds and is 65-feet long so they faced several challenges with the installation. The size and weight combined with the cupola tower structure meant AB&I had to rent the largest crane that Bigge Crane had to offer west of the Mississippi.

The unit was fired up a couple weeks ago and AB&I is seeing better than expected recovery temperatures throughout the melt system. The improvements will enhance the melt operation and reduce furnace operating costs by reusing waste exhaust heat from the cupola in the melt operation. The size of the unit will also provide system stability and will allow for those times when they need to push the melt rate to meet production requirements.

“It’s impressive that AB&I could take a large hot-blast recuperator unit, not originally designed for AB&I’s melt system, and make it work, while at the same time generating significant improvements to our efficiencies in the foundry,” said Kurt Winter, EVP of McWane Plumbing Group.

In this case AB&I was able to reuse a perfectly good piece of equipment in the operation with huge savings to the overall project costs, Utilizing internal resources through reuse or recycling is always a win-win situation. The life expectancy of the unit should be in the neighborhood of twenty years or more. This project is a perfect example of team work and collaboration between the divisions. Everyone benefits from the net result.

Comments Off on McWane Pipe lives on at AB&I Foundry

Jim Proctor, McWane’s senior vice president and general counsel, was a panelist at a session on water security, infrastructure and financing at the 2016 Concordia Summit in New York City. The Concordia Summit convenes the world’s most prominent business, government, and nonprofit leaders to enable effective partnerships for impact. Thought leaders and innovators gather at this global affairs forum to examine the world’s most pressing challenges and identify avenues for collaboration. McWane is committed to advocating for the investment in, and the rebuilding of the nation’s water infrastructure. 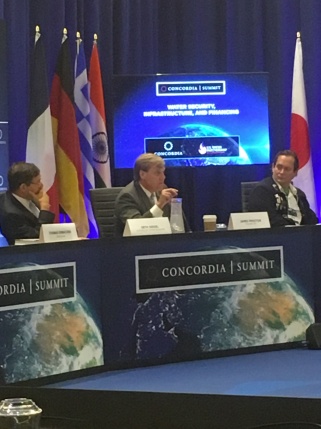 Sterling has been with the McWane Plumbing Group working at Tyler Pipe for 13 years. He was Regional Sales Manager for eight years. For the past five years he has served as National Sales Manager. “I am confident that Sterling’s proven experience and success with Tyler will help him strengthen relationships with our broad customer base,” said Kurt Winter, Senior Executive Vice President of McWane Plumbing Group. “Sterling’s comprehensive background and passion for the industry will certainly enhance the company.”

Sterling is a Texas native who enjoys playing golf and hunting as well as spending quality time with his wife Erica and their four sons; Cleet, Colt, Case and Crew.

On a recent trip to India, McWane Chairman Phillip McWane and Chief Executive Officer Ruffner Page had the opportunity to see firsthand the McWane Services Private Ltd. (MSPL) operations that support McWane companies worldwide. They were impressed by the quality and support provided by each of the teams and the collaborative effort between MSPL and the McWane divisions in the U.S. They toured the Design, Product Development, IT/Help Desk, and Sales Support Services operations and discussed the various services with MSPL team members. There is potential for future expansion of these services to other McWane divisions that are not currently using these services.

The tech team currently supports Synapse, Zinwave, and Nighthawk and the goal is to expand these services to the Indian market. This is an example of how McWane teams 10,000 miles apart can work together to pool their strengths and develop products for both the U.S. and Indian markets. The tech team demonstrated the use of the iron mesh and the Multihawk for Phillip and Ruffner as well as the proposed plans for introducing these products to the Indian market. Phillip and Ruffner were pleased to learn that MSPL plans to open a remote office in Bangalore, India. Additional labs that will work on remote metering solutions, condition monitoring, and water solutions are also planned for the future.

Phillip and Ruffner also toured the valve plant and the valve testing and tooling facilities. The valve plant was set up in a record 6 months and is already supplying valves not only to South America and McWane Gulf, but has also entered the Indian market as well. The valves have been well received in the Indian market and we should see an uptick in sales in India in 2016 of the resilient gate, air release, check, and butterfly valves. In 2016, MSPL plans to expand the sizes offered and introduce and sell the metal seated and knife valves as well.

The two-day visit to Coimbatore ended with a dinner hosted by the MSPL team in honor of the visiting senior executives from the U.S.

Community Outreach on the Other Side of the Border

During the weekend of November 6-8, AB&I team members Carlos Gonzalez, Enrique Ramirez, and Zeydi Gutierrez embarked on a community outreach project on the other side of the border. They headed toward an area of Ensenada where there is no running water or electricity to participate in building a loft house for a family in need.

Loft houses are prefabricated in church parking lots in the U.S. and assembled in Mexico in just one day. Though not luxurious by any definition, a loft house provides basic protection and shelter from the elements. A loft house is a 12-foot by 12-foot structure with 4 windows, a lockable door and a second story attic loft for sleeping that can be reached by an interior ladder. The kit-house consists of prefabbed panels made from simple building materials widely available at most home improvement warehouses: 2x4s, 2x6s, plywood, and tar paper roofing. The house has a raised wooden floor, covered with linoleum, and is built on concrete piers. One member of the team hauled the kit-house on a trailer all the way from Oakland to the work site.

This particular loft house went to a couple, Maria and Fidel. Maria is blind in one eye and going blind in the other. Both Marian and Fidel work picking tomatoes six days a week and have also worked alongside everyone else in building their new home. They were paying 1,000 pesos a month in rent and couldn’t wait to have a home of their own. Their excitement was overwhelming.

There were so many moments of closeness of community and joy while watching Maria and Fidel get the keys to their new home.

Thank you AB&I for sponsoring Carlos, Enrique, and Zeydi in this community endeavor.